'You look well.' A phrase which I would have recoiled at 18 months ago instantly turning it over in my head and changing it to the words, 'You look fat.'
When my weight loss was becoming obvious to those around me I did receive comments both of concern and others very un-flattering.  How I perceived these comments was dependant on my state of mind at the time and ultimately how I was feeling about myself.  I have been called a 'cambodian,' been asked if I would require 'caring services.' and been questioned continuously by people I don't even know the first name of, why I was so thin?
Recently I was approached by the relative of a friend who I hadn't seen for many months.  He started the conversation with the usual, 'you look better than last time I saw you,' and finished it with, 'are you in remission?'
I left the room in tears.  I was shocked not just because of the reminder of how ill I did look but also because he thought I had an illness which sufferers had no control over.  Ultimately I always had the control to put a stop to my Anorexia, but my head wouldn't let me. I felt ashamed......
Yesterday whilst shopping I again bumped into someone I hadn't seen for over a year. 'You look well,' she said.  I replied with 'thank you,'
I no longer questioned or doubted her statement, I accepted it for the compliment that it was, a fact that I was well and healthy. Her words did not push me to skip dinner or buy some bathroom scales.  They gave me a spring in my step and a smile on my face. 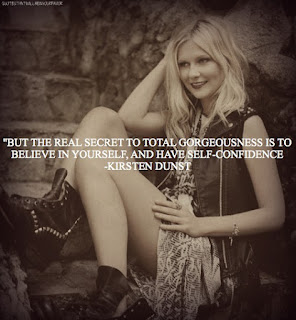 Email ThisBlogThis!Share to TwitterShare to FacebookShare to Pinterest
Labels: anorexia, recovery, self image