A nail in the coffin for those with an eating disorder.

It has been far to long since my last post.  Epic fail of at least one of my New Year Resolutions!!  I shall save the rest for another day.

I have just returned to work after nearly 3 weeks leave including a 2 week break in glorious Cuba.  The morning started badly due to having to drag my arse out of bed before lunchtime (I'm still on Cuba time) and continued when I logged onto my PC to wade through the numerous emails and appointments waiting for me. Still dreaming of white sand and crystal blue oceans I gingerly ventured into the drops, which contained carefully filed 'important' bits and bobs to be dealt with asap when something caught my eye. Hidden amongst the humdrum of my daily working life was a beautifully hand written envelope ..... with my name on it.  What was inside made my day.
Along with a photo of me holding a china tea-cup and a thank-you note delicately written was a press cutting from a local newspaper.
It read.

Sharing The Distress Of Eating Disorders

Cheddar WI.  " I was intrigued when I heard that we were going to have a talk on eating disorders.  As someone blessed with a good appetite and a cast iron constitution and who had lived on a wartime diet when the only problem with food was a storage of it, I was keen to learn more. I had, of course, always felt sympathetic when I read about some of the usually high profile cases of anorexia and bulimia and I was soon to be enlightened as to the enormity of the problems these and other eating disorders present.  Jackie Tanner, from The Somerset & Wessex Eating Disorders Association (sweda)a user led, pro-recovery charity on the principles of self help, was our speaker.
We were privileged to be the first group she had ever addressed, but you would never have guessed, as she immediately held us in thrall when she started to speak and you could have heard a pin drop as soon as she made us aware of all the trials, self-doubt, emotional pain and distress which plague people with eating problems.We heard how misunderstood the problem is, and what a huge problem it is for so many sufferers, men as well as women, and what a lot of courage, perseverance, understanding and self-help they have to summon up to drag themselves out of their particular pit of despair.
Jackie bravely took us through her own struggles which started at an early age as she recounted a whole gamut of worry about her appearance, anguish about unkind remarks, starvation,bulimia, alcohol, exercise and finally hospital admission. Thankfully when she had reached rock bottom, with the help of family, friends and recovery groups and with a growing understanding of the problem she began to recover. She found that writing about her feelings helped. Jackie's little book (the royalties of which go to SWEDA) entitled The Cupcake Queen Bites Back is a little gem about recovery, told through her poetry and excerpts from her personal blog. We all wish Jackie well and hope many people will hear and benefit from her touching and heart warming talk." 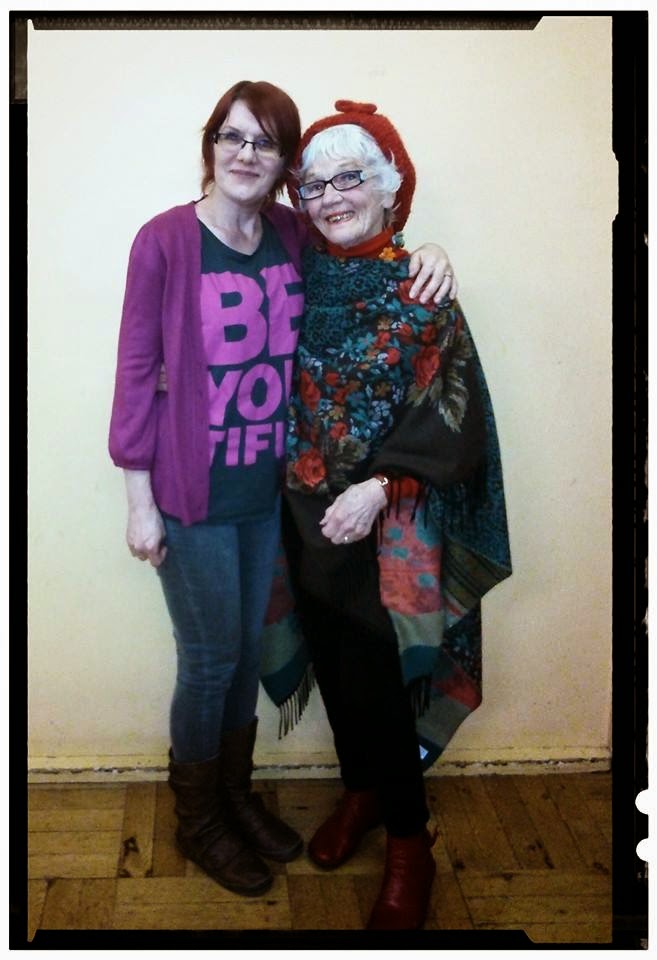 That day in February now seems so far away, but I can still remember how scared I was, the relief when it was over but the burning desire to do it all again.  The hope that I could reach out to just one person and give them a glimmer of hope makes my pain worthwhile.
You can then imagine my sadness when I was contacted by a local radio station and told that sweda was at risk of closing. There was always the risk that this could happen when the PCT pulled the funding from SWEDA a few years ago, but hearing it could happen soon was just awful.
SWEDA is a lifeline to many, as there is no need for GP referral. You can call them up, email them, go to support groups or arrange for counselling.  They are there to help all affected by eating disorders which include carers. I know if I was to ever become ill again and sweda was not around it could be disastrous.  Waiting list on the NHS for therapy are very long.  People with eating disorders cannot wait, if people are asking for help they need it then.  Not in 6 months time when it could be too late.  This makes me so angry!!
I was invited onto BBC radio Somerset  to give my views which you can listen to  here.  I sincerely hope that their efforts to raise money has worked and will keep you all posted.  In the meantime you can help by clicking on the link to my book with all royalties going to sweda or if you're a millionaire wanting to support an amazing charity, please feel free :)
at April 22, 2014 No comments: