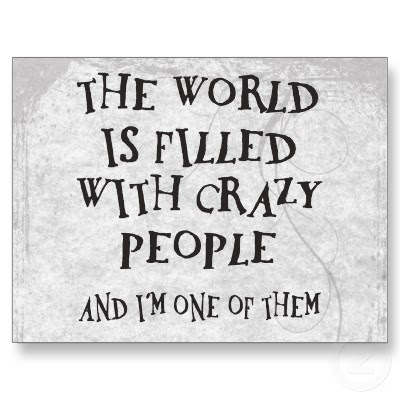 The past week has been tough.  Its hard to explain what has been going on inside my head and there seems no rational behind it.
Everything in my life appeared on the outside to be going well.
I felt well, had given up smoking, started running, stopped drinking too much caffeine and was looking forward. So what happened?

Dominique in his Wednesday purple jumper plucked a few ideas out of the air but could give no reason, does there need to be a reason?
I shall try and put into words how I feel, words which may not make sense to anyone including myself, but its a positive release.

My head feels broken.
The cracks are showing.
I'm trying to fit in but how can I when I don't seem to 'fit.'
Trying too hard is exhausting.
Talking is exhausting.
Overthinking is exhausting.
Fighting against myself is exhausting.
Sleep isn't what it should be.
Over and over in my head I am analysing things I said, things other people said.
Was I too loud?
Was I too quiet?
Did I say or do something wrong.
I'm like a square peg in a round hole, bashing myself slowly to fit in.
Feeling too much hurts, feeling nothing makes me hurt myself.
Messed up, screwed up, worthless.