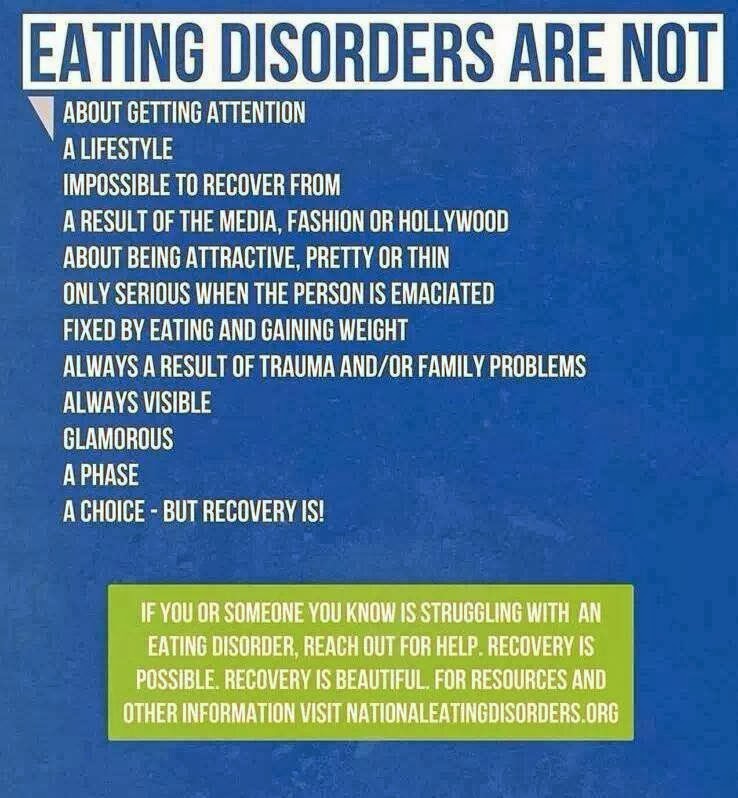 Today marks the beginning of Eating Disorders Awareness Week in the UK with B-eat, the national ED charity using the tagline, "Sock it to Eating Disorders."
Throughout this week I will be writing about focusing on  recovery and all the ups and downs that go with it, but first lets take a look at what some people think Eating Disorders are actually about.....

About Getting Attention.
Interesting concept!!  Since most people with an eating disorder try to hide their illness, this is almost laughable.  I did all I can in the beginning to hide my illness, at times just wanting to be invisible.  I hated the idea of people looking at me or checking up on me. II just wanted it to be me and my Anorexia.

A result of the media, fashion or Hollywood.
Ok. We all know about airbrushing and the so called ideal, unobtainable body image which jumps out at us from every glossy magazine stand.  We know about the huge pressure all of us, particularly Women are put under by advertisers to be slimmer, younger, sexier, but this does not cause eating disorders.  Yes, it can cause low self esteem and negative body image which can trigger people who are succestible to ED, but in general they do not cause them. When I was a young girl I hardly watched TV. There was no internet, and the only role models I looked up to were photo love stories in Jackie magazine.

Only serious when the person is emaciated.
There is a serious flaw in the system when you go for help.  After actually plucking up the courage to see a GP, you are told you are not light enough!!  Seriously?  I need to go home and starve myself a little bit more in order to warrant help!!  Total bullshit!! My last experience of a GP I have to say was much more positive, so don't let this put you off asking for help.
The effects that purgeing can have on a body is immense.  Most people with ednos or Bulimia are of an 'normal' weight. But the damage that is going on inside their bodies is dangerous and needs to be taken seriously.

Girls only get Eating Disorders.
More and more men are being treated for an eating Disorder. Out of the 1.6 million people in the UK who have an eating disorder, 11% are male.

Always Visible.
You have probably met someone this past month who has an eating disorder and you wouldn't even notice.  They do not discriminate and can happen to anyone whatever sex, size, age or colour.

Impossible to recover from.
Very difficult and a lot of hard work, but not impossible.

If you or someone you know is affected by an eating disorder, please seek out help, either from your GP, college, school counsellor or Nurse, or access support websites. beat sweda Neda
You don't need to go through this alone. xx