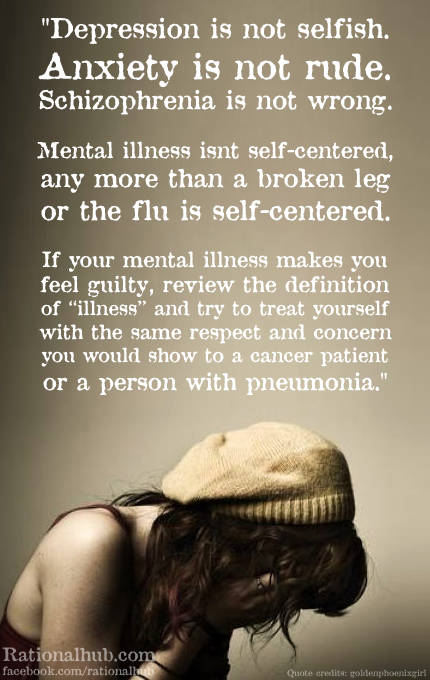 Many years ago whilst as a student at college, my tutor told the class that 1 in 4 of us would at some point in our lives suffer from a mental illness. I remember visually scanning the room trying to hazard a guess who would be the 'nutty' one. For one minute I never thought it would be me!
I cannot pinpoint at what age my mental health problems began, but thinking back it was probably at quite a young age. I was always a very emotional and highly strung child, my medical records noted 'attention seeking,' but not once did anyone ask me what was gong on in my life.
I was taken to many appointments when I was in primary school, non of which I can remember much about but I was always told to tell the teacher it was 'personal.' The clinic I attended was attached to a local psychiatric hospital, the place my Mum always said I would drive her to...........
My teenage years weren't filled with the angst you would expect, they were filled with sadness, fear and dread and on reflection I can now recognise the beginnings of stress, anxiety and something I rarely discuss, self-harm.
As I left home and moved from my early teens to my late teenager years the feelings I had remained.I didn't know what to do with them or how to cope with them.....so I self medicated with alcohol.....and lots of it.
When I think back to the times I sat just numb, feeling nothing and then switching to hours of crying. I had no idea what was going on in my life!
I remember having a really positive period then sinking again. It was at this point I realised there was a difference in my behaviour and a dramatic change in my mood but still I didn't do anything about it.
In the late 80's there was still a huge stigma around mental illness, it was something that wasn't really discussed and therefore I didn't seek any professional help. It wasn't until I was in the depths of an eating disorder that I realised only with the help of friends that I had a serious problem, and sought help.
This was where my 'recovery,' albeit unsuccessful at the time from Anorexia began.
I am now recovered from my eating disorder but at times do have bouts of self- doubt mixed with anxiety and stress. I am very much a people pleaser and perfectionist. I hate to get things wrong and over think, worrying constantly.  Recently I have been feeling quite depressed again and it can hit me with no warning.  I am very mindful of this and am working to put self care strategies in place to not let it eat me up.

The main reason for this post today is in recognition of World Mental Health day and to stress that we are not all knife wielding crazy people like some tabloid newspapers like to make out!!
There has been a recent scandal with 2 major Supermarket chains selling 'Mental patient,' costumes for Halloween, suggesting that these patients were scary and you would run away from them!!
Some people have said that protesters were overreacting and it was political correctness gone mad. Take it from me, I understand the stigma of being a patient in a 'mental' hospital. I have had to be treated by a dentist whilst an in-patient who was visibly frightened to treat me! 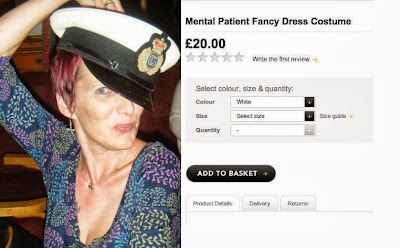 Mental illness is scary, mental illness is isolating, but try to remember we are people just like you and I and sometime we just need to be asked if we are ok.........xxxxx