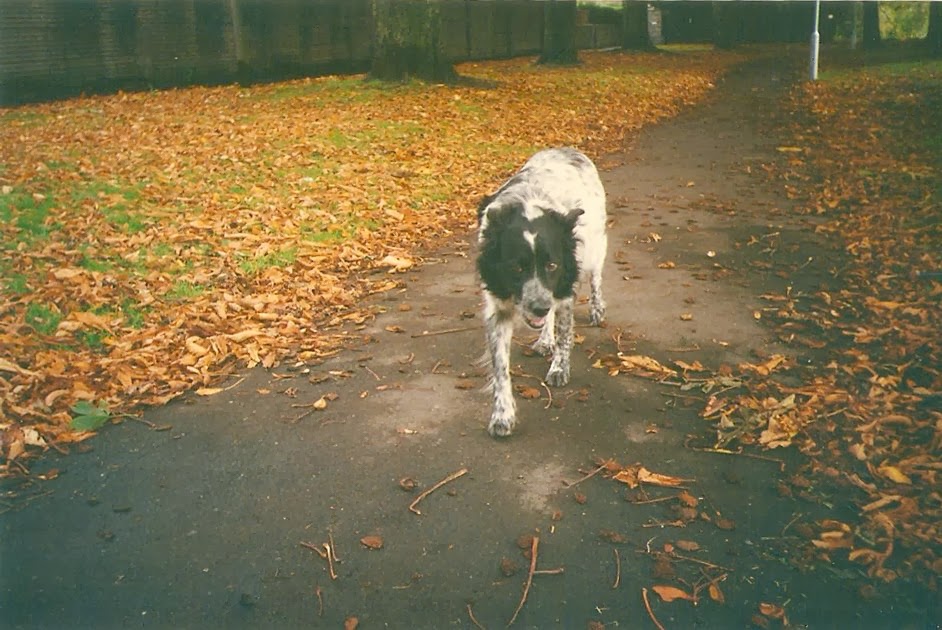 It was during one of my 'writers block' moments that a friend suggested I write about her dog.  At first I pondered, as me animals and writing have never mixed, but actually, it is an interesting story which I'm sure some readers may like to hear, and as you know, I'm always up for a bit of diversity.
I first met Anne Heritage in the mid eighties.  She was friends with my Brother-In-Law at the time and we later became work colleagues.
Anne was what some would call an unusual character.  She had her own individual style, strong beliefs and opinions and was not afraid to speak her mind. What stood out for me with Anne was her love and respect for animals. She would readily admit to having more time for them than humans, although I have to say when I worked with Anne she showed great dignity and respect to the individuals she supported with disabilities.  She was and still is a vegan (trust me I've been on the receiving end of the wind!!) and a huge campaigner and advocate for animal rights.
As I said before, Anne was an interesting character. A story which sticks out predominately in my mind is when their female Dog of many years passed on. Anne was, as you can imagine devastated with the loss of Floyd, and in an ideal situation would want her buried in the Garden in which Floyd loved to play.  Unfortunately this was not possible as the house was rented so Anne and her friend did the best thing. They bought a chest freezer.
I can imagine some of you sat there now thinking them just a little bit weird but think about it.
Yes, Floyd is preserved in ice, with her blanket and flowers what's so weird about that?
To quote Anne, " Many people have dead animals in their chest freezers. The difference being we don't eat ours."

I will now let Anne share her story of another of her companions Bramble, The Dog Who Wanted To Live Forever.

Many thanks to Jackie for letting me guest on her blog. Id like to talk to you about making strange things happen. One of the great things about life is its unexpectedness;I enjoy trying to make the impossible happen. One example of this in my life was how I managed to get a dog in my care to live to twenty five years old. When she died she was the worlds oldest bitch. I did this by inventing a diet and care regime for her that no one had tried before. It worked and I wrote a book about it which you can now read. In my opinion people also die too soon. Maybe we could all live longer if we did things differently. If you would like to read my book here is the link..its about the art of whats possible in life as much as anything. Don't let other peoples ideas limit your imagination. Dream about something different then do it. Enjoy. Now you can read about the diet and care regime of the dog who at the time of her death was the worlds oldest bitch. Its also rescue collie Brambles life story and suggests new ways of relating to the Animals in our care. Read about promoting longevity in your dog and Brambles adventures with her friends in Somerset. http://www.amazon.co.uk/dp/B00ABGW8KS/ref=cm_sw_r_fa_dp_7cnTqb0C067GY

Bramble; The dog who wanted to live forever. The Somerset notes.
www.amazon.co.uk
at January 07, 2014