Rhodes....  For those of you who know me well you will know of my love for the Greek islands.Rhodes is a beautiful Island which we have visited 3 times, the most out of any other place we have spent our holidays.
I have some very happy, but mixed experiences of Rhodes.  My first visit was in 2010 when I was deeply entrenched in an eating disorder.  It was a worrying time for my Husband and he was considering cancelling as he thought I would be unable to cope with it. Holidays are often food and drink focused with evenings spent in local Tavernas taking in the food and local wine.  Along with the intense heat and walking, it was understandable that he was concerned.  But we did go, and we had a wonderful time.  The second time was after my hip operation and I was still using a crutch.  We went back again last year and the owner of a local bar was astounded to see me walking unaided.  He had presumed I had a disability!! 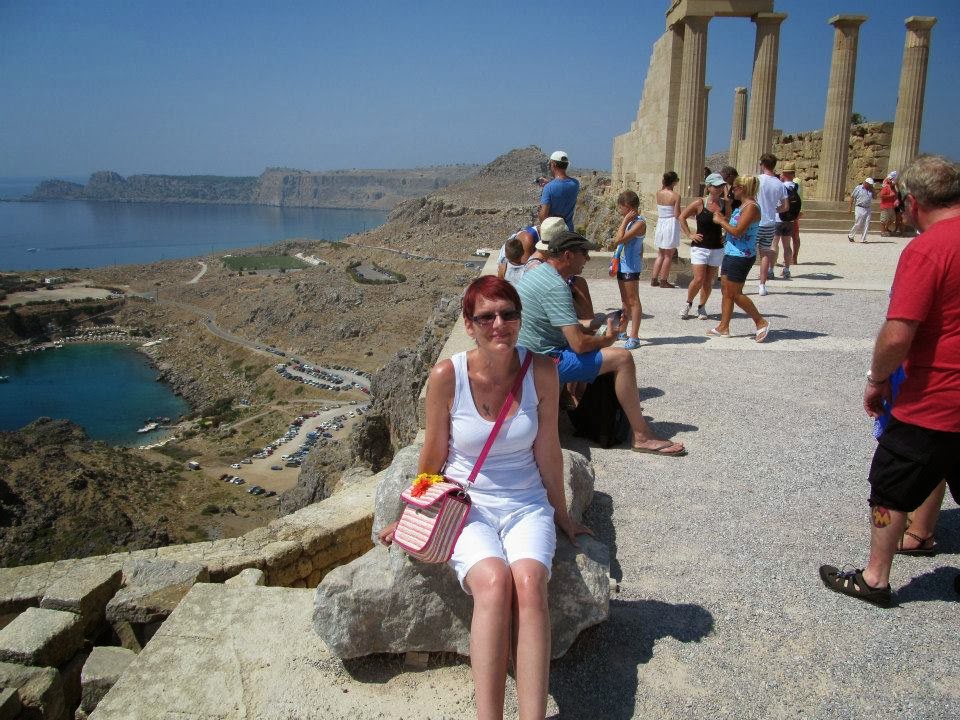 Radishes.....  I don't understand radishes!!  I cannot see the point in them.  My Mum used to put them in Salads, you can make pretty flowers out of them but anything else is pretty pointless.

Rhubarb..... never ever eat raw Rhubarb...it makes you very ill.  My Sister and I found this out once when we pinched some out of the neighbours garden, dipped it in sugar and ate it raw.  Serves us right really.

Email ThisBlogThis!Share to TwitterShare to FacebookShare to Pinterest
Labels: My A to Z