Tomorrow is the start of eating disorders awareness week.  A week in which local support services, national charities and ed organisations go public.They hit the media, TV, glossy mags and newspapers and tell people how it is, what eating disorders are really about.  They try and break down the stigma and isolation of what can be a silent and very lonely illness. Last year along with Family and Friends we arranged several fund raising events locally to raise money for a local support group and also raise awareness of eating disorders, this year I am going to be a little braver. There will be a lot of gaps in this piece, some because I have forgotten and others because you just don't need to know.  It has been hard to be honest without been too graphic and triggering so i hope I have managed to get the balance right.

My Story.......
As long as I can remember, even as a child I have never been heavy.  I was what you may class as naturally slim. As a teenager I even attempted to buy 'weight on,' tablets in an effort to gain a few pounds, so my preoccupation with food and weight loss later in life was a surprise to most.
I was born on march 17th 1967 in Middlesbrough in the North east of England.  My parents were North East born and bred, both came from typical working class backgrounds and had typical Northern values.
I arrived several weeks early with a weight of just over 3 pounds!! having to stay in hospital for many months until I had reached my healthy weight. This was not the only time in my life this was to happen!!! 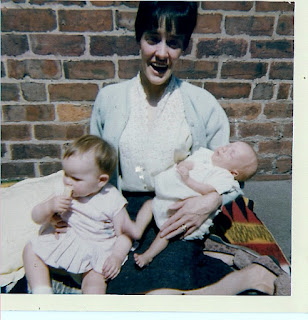 ﻿Mum with my  eldest Sister, I'm the little one in her arms.

﻿Fast forward now to several years later, I'm 11 years old and in secondary school.  The next 5 years were to be some of the worst days of my life.
I was a very nervous and quiet child which to some made me a pushover and an easy target for the bullies.
I was small for my age, skinny and lanky, national health glasses and an extremely unflattering uniform. What little self confidence and self esteem I had was soon to be bashed and taunted out of me. I couldn't escape when passing the school gates either, I was taunted by kids I didn't even know.  I didn't feel able to confide in anyone and although I loved my parents dearly parenting does not come with a manual and most of us learn from experience.....
I reached puberty late in life and whilst those around me were blossoming and trading in their vests for ladybird bras I was lagging behind and this didn't go unnoticed!
Our school P.E department had those horrible communal showers and we had an evil teacher who would insist that we all showered together after games.  This was embarrassing enough but even more so when you had a chest as flat as an ironing board.  One day whilst showering a group of girls turned the water temperature up full making sure I had to run out.  They had of course hidden my towel and my clothes and left me standing there naked, in tears whilst they all pointed and laughed.  This was one of many incidents too many and hurtful to mention.
﻿
﻿ 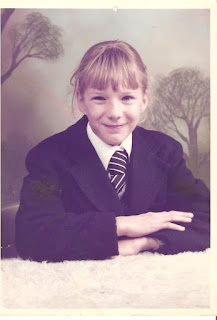